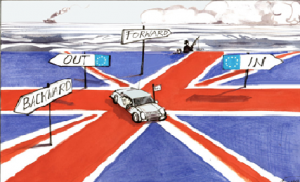 After the referendum marking the will of the United Kingdom to leave the European  Union, one sector of the economy in which we might see a major impact from Brexit will be in the insurance sector.

The internal market harmonization and the insurance sector-specific regulations over the last forty years have enabled the expansion of insurance  groups  and financial conglomerates in the United Kingdom, manly connected to a Community market almost free from barriers (according  to the  TheCityUK Association, about 17%  of the London Market can be traced  back to European  customers – see  https://www. thecityuk.com/research/a-practitioners-guide-to-brexit).

While the creation of the Solvency II directive and the Insurance Mediation Directive II and an EU-level supervisory system should further smooth out differences between EU member state’s national regulations, the vote in the UK could give rise to new scenarios, including critical issues, which companies should be ready to manage.

Although much will inevitably be influenced by the negotiations  that will be conducted between the UK and the European  Union in the coming months, in highly regulated industries such as the insurance ones, the most immediate consequences of Brexit could relate to the abandonment of the principles of the “EU passport” and Home Country Control.

Nowadays insurance companies authorised in the Member States where they have their registered office (known as the home Member States) may also carry out insurance activities in the territory of other EU member states, without having to request a new authorisation, being supervised (almost) exclusively by the authorities of the home member States.

If these  principles were no longer applicable, freedom of the insurance industry in the United Kingdom to operate  in all the European  markets would be constrained by the need  to apply for a new authorisation in other EU Member States, increasing costs for insurance companies which would be subject to a double supervision, causing a considerable reduction in those  markets.

The disadvantages associated with the loss of a sole EU market could lead the British companies, as well as the non-EU companies authorised in UK, to decide to transfer their seat  to another EU Member State,  so as to continue to benefit from the advantages of a single market substantially free of barriers.

Though the foregoing may represent a source  of new opportunity, it is also important to appreciate that important issues could arise not only for those  EU companies operating  in the UK which will decide to continue to operate  there, but also for all those  EU companies or businesses that, to date, operate  and / or maintain commercial relations with UK insurance companies.

The potential link between the separation of the British market from Europe and a possible divergence  between insurance regulations in the European  Union and the UK, in part exacerbated by the current process of implementation of the Solvency II and IMD II directives, may result in a significant increase in risks, such as those  associated with non- compliance with regulations, counterparty  insolvency, changes of the laws applicable to pending  contracts and / or assets, as well as their “prudential” evaluation.