Tonucci & Partners with President Sergio Mattarella in Albania – Among the Italians who have contributed to country’s development. 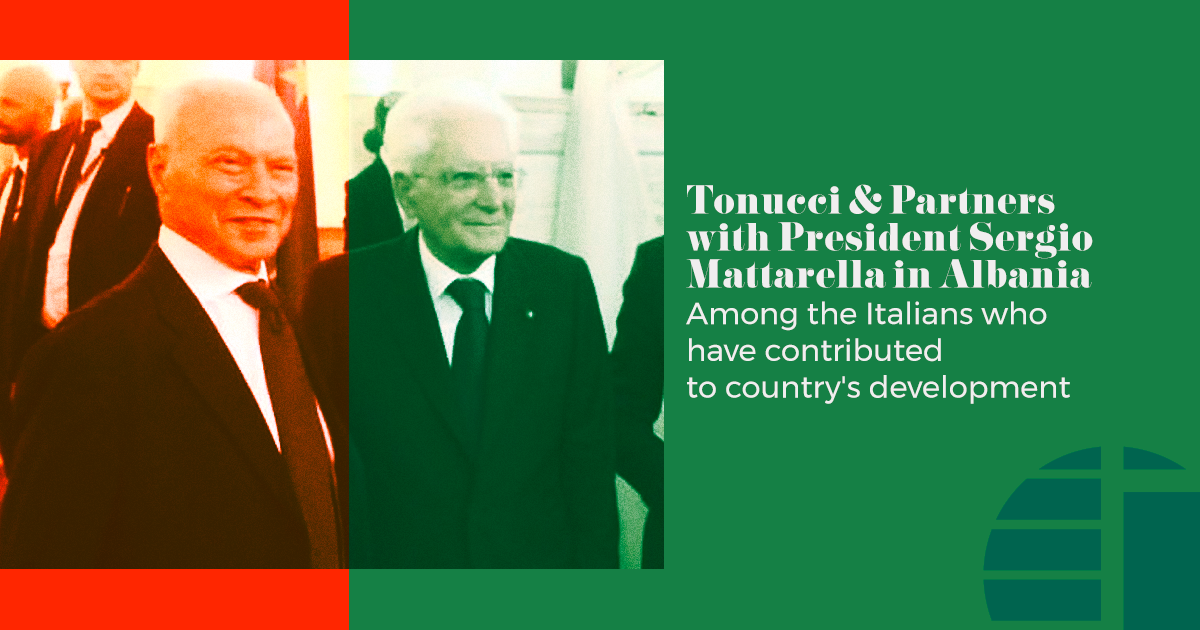 “We have believed in Albania’s entry into the European Union since 1995: a thirty-year long project is about to be implemented”, says Mario Tonucci, founder of Tonucci & Partners, based also in Tirana as one of the first law firms to invest in the Albanian legal industry, commenting – as deputy vice president of Confindustria Albania – the meeting with President Sergio Mattarella at the Italian embassy in Tirana, aimed at accelerating the entry of the eagles’ country in Europe.

Tonucci & Partners has always been the reference point for Italian companies operating in Albania since the ‘90s. Besides being chosen by the World Bank as the exclusive legal advisor of the Albanian Government for the privatization of the major state-owned enterprises operating in strategic sectors, the firm has actively participated in drafting the most important laws of the country such as the 1998 Constitution and the Customs Code.