Massimo Cellino, defended by Tonucci & Partners and by Professor Giovanni Cocco, was absolved by the charges of embezzlement and counterfeit regarding Is Arenas stadium issue. 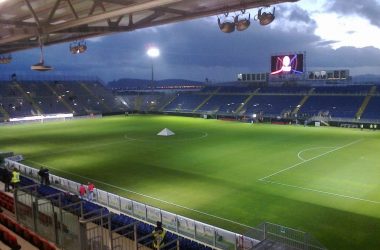 Giorgio Altieri, partner of Tonucci & Partners, has assisted Massimo Cellino already when he was the President of Cagliari Calcio and actually Brescia Calcio President, during the trial concerning the investigation started up by Cagliari Prosecutor’s Office in 2012 with regard to the alleged wrongdoing during Is Arenas stadium construction. By decision dated May 15th 2020, Cagliari Court has absolved Massmo Cellino by the serious charges of embezzlement and counterfeit which had clamorously brought forth to his arrest in 2013. There still remains the marginal charge as far as environmental offence concerned with which regard, despite the imminent expiry of the time-limit for the criminal action, the defence has declared to go all way, confident to obtain the complete absolution of the distinguished Italian football personality who has reconfirmed his total confidence in the justice. Press review here in below.

A US “charming offensive” to let Italy get rid of the Chinese embrace (and of the EU black mail).

Covid-19: the remote release of the power of attorney in the tax trial.