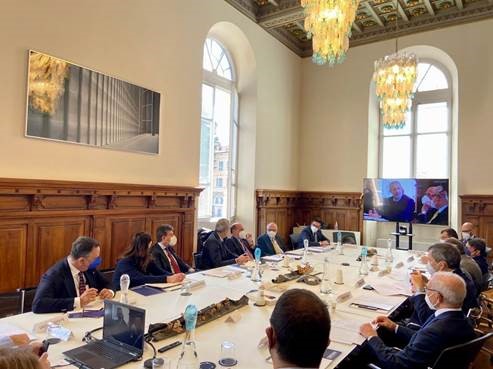 Tonucci & Partners hosted in its roman headquarters at Palazzo Soderini the Round Table “Italy’s profession. New industrial policy evolved by innovation and public investments revival” organized by Consenso Europa. Among other guests, the event was attended by the vice minister of Ministry of Economic Development, Alessandra Todde, who pointed out “16% of our industry has interrupted its production while 30% is considering to take such a decision. The situation requires keen attention with regard to business world and a revision of our energy policy”. Member of Parliament Pierluigi Bersani took part as well commenting “politics need to take action in order to make selected choices and not for campaign or adverts”.

Constitutional Court no. 8/2022 rules on the new Article 323 of the Italian Criminal Code regarding office abuse.