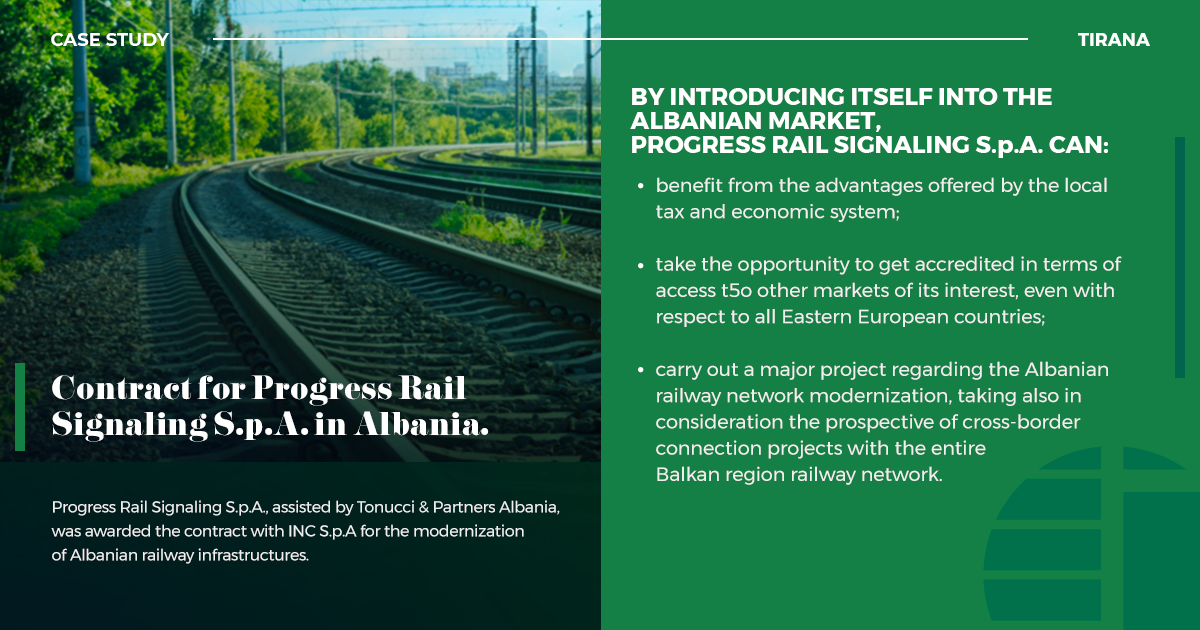 Tonucci & Partners Albania professionals of Tirana office have assisted Progress Rail Signaling S.p.A., a Caterpillar Group company, from the very first investments in Albania with the establishment of a local permanent company and then in all its activities concerning the design and construction of signaling railway  systems between Tirana and Durres.

Thanks to Tonucci & Partners experience, ECM S.p.A., leader in signal solutions and technologies regarding railway infrastructure, has been awarded the contract with INC S.p.A., a Fininc Group subsidiary. The deal makes it possible to modernize the entire nation’s railway network, taking also in consideration the prospective future connections between different Balkan region countries.

Such achievement of the Firm is just one of its several in the region, where we are present and available since the ‘90s, turning out to be a point of reference for Italian companies operating in Albania by assisting them directly from the capital.

Referendum: past, present and upcoming scenarios.