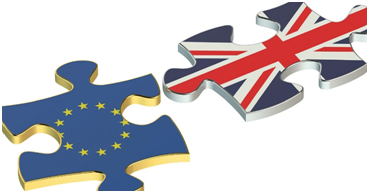 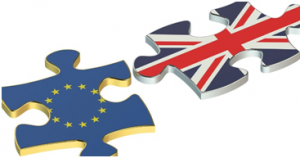 The current UK legislation on competition, like that of the other member states, is substantially identical to that of the EU: it represses cartels and abuse of dominant position, it provides preventative inspection (although this is not mandatory, unlike in EU legislation) on mergers (merger control) and includes EU legislation on state  aid. It is, 05therefore, unlikely that when withdrawal from the EU is completed, the United Kingdom will alter its legislation on competition, even though, at present,  it is impossible to predict the extent of changes which might be introduced.

EU regulations on the protection  of competition (including Art. 101  and / or art. 102  TFEU) will continue to apply following the exit of the United Kingdom from the EU with respect to all agreements or conduct that will have an effect within the common market. By way of example, a UK business, which is part of an agreement that restricts competition and with an impact on the common market, will continue to be subject to investigation and possible sanctions by the European  Commission, even though the European  Commission will cease to have its current powers  of inspection in the United Kingdom. Following the completion of the withdrawal procedure and save for ad hoc agreements, the relationship between the British authority and the Commission will no longer be the same as that between the Commission and Member States, as governed  by Regulation 1/2003. Direct application of EU competition law, as provided by such regulation can no longer be demanded of the British Authorities and they need  not abstain if the Commission has already started  an investigation.

Under the terms of the merger control regulation, Member States have a mandatory obligation of advance  notification before the Commission (the one stop shop). When the UK separates from the European  Union, this will no longer extend to British jurisdictions.

Unless ad hoc arrangements are concluded that specify otherwise, it could be possible that the Commission and the competent British Authority may, arrive at conflicting decisions regarding the same merger.

Also deserving of attention are the possible effects of Brexit regarding the rules on state  aid. As known, the EU legislation prohibits Member States to grant aid to companies which distort competition. If a similar discipline were no longer maintained in the United Kingdom, the latter would have greater freedom of action (whether direct or indirect) compared to EU Member States to support  its economy and national firms, which could unbalance the current competitiveness of European enterprises.

In conclusion, in order to assess the exact impact of Brexit on competition protection  legislation, we must first know what type of agreement will be adopted by the UK and the European  Union. If, for example, the United Kingdom maintained the agreements currently

in place with the countries of the European  Economic Area (or if it entered  into an analogous agreement) disruptive changes to the current situation would be avoided. On the contrary, if the United Kingdom chose to give preference to greater  independence and flexibility, for example with reference to the rules on state  aid, there will certainly be more far-reaching effects.